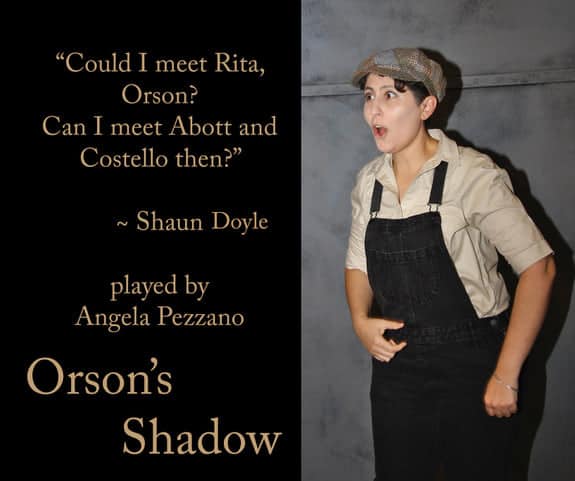 Having type 1 diabetes and working in the theatre are a combination, growing up, that Angela Pezzano didn’t think would be possible. Diagnosed at five and a half, in a time when technology wasn’t as good as it is today, a diabetic faced a potentially grim future of blindness, kidney failure, amputations, and heart disease. “Life then was very strictly regimented, to minimise those harms I had to learn, quite early, about really, truly, looking after myself.”

Many teenagers with diabetes go through a rebellious phase- drinking excessively, smoking, eating whatever they want and even not taking their insulin. “I managed to avoid this phase,” Angela explains, “I guess I responded the way the doctor’s hoped I would. The associated risks and complications scared me enough to actually look after myself.”

Angela describes occasions where her sugars have dropped so low, she was lucky to wake up in the morning, but taking charge at that young age has meant minimal long-term damage in Angela’s thirty-year journey with the disease.

Her love of the creative arts, in particular film and theatre, has not been hindered by of her chronic illness. Asked about the challenges of working in the theatre, with type 1, Angela explains that “figuring out where to hide your insulin pump or glucose sensor or placing them so they’re not grabbed and pulled out accidentally, that’s easy, but the low blood sugar levels, they’re another story! Hypos are terrifying. Nothing makes sense, not what people say to you, not what you say to them. I get shaky, sweat, my mouth and legs go numb and a glazed look goes over my eyes”.

Angela has been working with the Glenbrook Players for five years and the group has been really helpful in keeping an eye on her during shows, keeping a ‘what to do’ chart backstage in case of an emergency, having lollies backstage and in the dressing room, creating costumes to cover and hide her medical devices, or keeping them in plain sight to allow the audience to be captured by what she’s doing, rather than what she’s wearing.

“Every show run I manage one fairly bad low, but I bounce back and thankfully, it’s only during rehearsals”

What Angela loves most about being in the theatre is being able to be a completely different person. In character she can forget that she has diabetes and just be in the moment and, in those briefly shared moments, the magic of theatre can change your life.

Angela Pezzano performed the role of Shaun Doyle in Glenbrook Players show, ‘Orson’s Shadow’ which opened on May 14th, 2021.