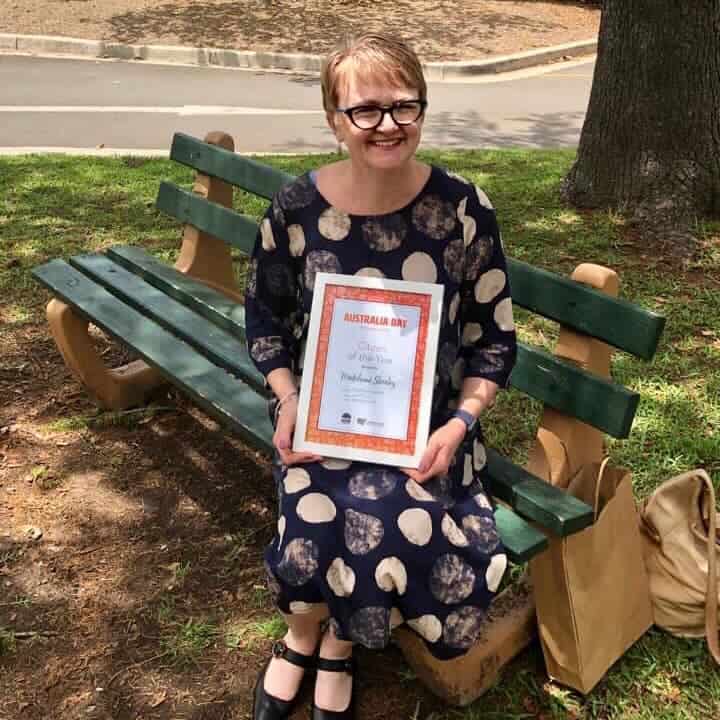 Growing up in Alice Springs with parents who were heavily involved in their local theatre group, how could Madeleine Sheehy not become involved in theatre?

Madeleine has been with the Glenbrook Players for twenty six years. In that time, she has been in nineteen shows including One Flew Over the Cuckoo’s Nest where she played Nurse Ratched and Blithe Spirit where she played Elvira.  Now, she is playing Dolly Pickles in Tim Winton’s Cloudstreet, “Cloudstreet is one of my favourite Tim Winton novels so when I heard that it was being staged I was determined to be involved, no matter what role I was given. To be cast as Dolly was exciting and terrifying in equal measure as she is such a complex character to portray.” Not only has Madeleine become involved in this show, but she has also involved many of her students, both former and current. Madeleine is the sole drama teacher at Winmalee High School and encouraged many of her students to audition which has helped bring a beautiful mix of actors together for the show.

Madeleine’s dedication to both the arts and teaching led to her being awarded the 2020 Blue Mountains citizen of the year award for service to public education. Says Madeleine, “This was an incredible honour and I was humbled that an ex-student thought enough of me to nominate me. The award recognised my work in aiding in our community recovery after the devastating 2013 fires that ripped through the Winmalee community. In 2016 I developed a partnership with professional theatre company ZEAL and together, with my elective drama students at Winmalee, we developed an original play in the Verbatim style that explored the aftermath, healing and recovery that occurred after the 2013 Bushfires that devastated the whole Blue Mountains community. Using these stories we developed a piece in 3 Acts called ‘Straw Hats, Thongs and Toothbrushes’ that highlighted resilience and community spirit that developed out of disaster.”

Madeleine’s happy place is inside the drama classroom and she hopes “to keep performing and directing as it feeds my soul. It challenges me to be a better person in all aspects of my life.  How can I expect my students to challenge themselves if I am not prepared to do it myself. An actor never stops honing and refining their craft, the same can be said of teaching, we must always reflect on what we do and learn how to develop further.” To come see Madeleine shine on stage, book your tickets for Cloudstreet at https://www.glenbrookcinema.com.au/movies/glenbrook-players-cloudstreet/